A spammer is a person who sends spam.

Many people mistakenly consider sending bulk emails as spam, but it is not the case. An email is spam in only one case — if the recipient has not given their permission to receive emails.

Why is it called spam?

The word spam refers to canned food. It is cooked meat, placed in a can. It was widespread during World War II when there was not enough meat for the soldiers, and they had to eat canned food every day. Everybody was fed up and annoyed by the SPAM. This abbreviation has several meanings: SPiced hAM, Shoulders of Pork And hAM. The original idea is known only among the founders of the brand.

Spam took its name after this canned food because it is annoying and not of the best quality.

Who was the first spammer?

The first known spammer was Gary Thuerk, a marketer in the Digital Equipment Corporation. He sent the first spam in 1978 to 400 recipients, out of 2600 on ARPAnet. Gary Thuerk sold DEC machines, and actually, his spam worked, as he got $13 million income. Thuerk received some complaints, but his favorite one was from a man from the University of Utah. This man said that he had not managed to use his office computer as the spam email used all the disc space. Gary Thuerk considers himself not as the first spammer, but most email marketers do.

This fraud is known all over the world. It is also called Nigerian bank scam, Nigerian money offer, Nigerian Letter, 419 fraud, Nigerian scam. The country it originated from is obvious. Firstly, it was a postal fraud sent between 1970-1980-s during the Second Nigerian Republic. Many of the letters were believed to be written by the members of the royal family, government, and people in the business. They asked for financial aid, in particular, bank account numbers. They pretended to need help because of currency devaluation in the country. Then, it became a widespread email fraud. Spammers say that they have inherited a fortune, but they need your bank account for transfer, and if you help — you will get the interests. So, people give a fee in advance and receive nothing. 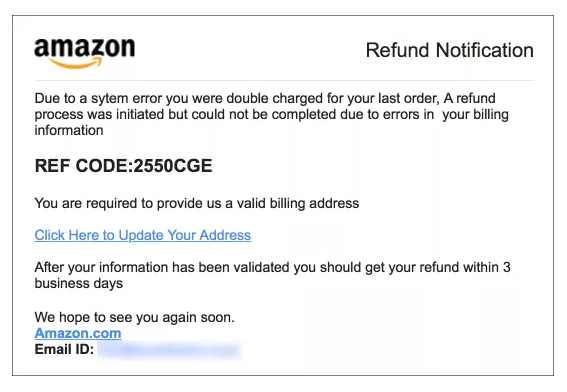 Spammers want you to give your personal information at the fake websites that look like the legitimate ones.

These spammers pretend to be a marriage agency or a translation agency. They create fake profiles with photos of fictional brides. When a man from abroad becomes interested in a woman, they require money for translations, fees needed for the call, etc.

Recipients get an email according to which somebody published a secret about them, and to see it. They should pay a fee.

This is another popular scam all over the world. People receive an email saying that they have won a lottery, and need to get the money. They should pay the transfer charges. Certainly, they do not receive any money.

CAN-SPAM Act sets the rules for sending commercial emails and establishes the requirements. Also, the punitive measures for violation are specified. Discover more about the CAN-SPAM Act.

Also searched with "a Spammer?"

Rate this article about "a Spammer?"